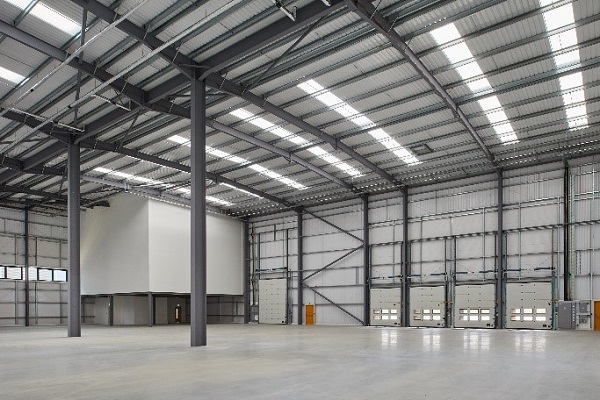 Bicester’s current population of 30,000 is set to grow to about 50,000 by 2031 with a hike in job opportunities of some 18,500 over the same period with planned commercial development. This makes Bicester one of the fastest growing areas in the country. The town is famous for the Bicester Village shopping area which now employs 4,000 people and attracts over 6 million visitors. Second only to Buckingham Palace in terms of tourist attractions.

Bicester is very well located being approx. 2 miles from Junction 9 M40 London to Birmingham motorway with both London and Birmingham being reached within about 50 minutes by rail. There are further plans to improve road communications with link roads avoiding the town centre traffic and even a new M40 junction being talked about.

Brown and Co have acted on behalf of British Bakels Ltd in acquiring 81,000sqft just off the northern perimeter road of Bicester known as Link 9. This is a new development of some 530,000sqft of B1, B2 and B8 Units ranging from approximately 10,000 to 160,000sqft.

BAC advised Bakels in respect of a bespoke design and build facility allowing the company which has a large food manufacturing facility within the town to expand its warehousing need in two phases. The first of which was to occupy 41,000sqft (Unit 1) and secondly,  in 6 years, to occupy Unit 2 adding another 40,000sqft. We were able to shortlist two brand new schemes at the greenfield site stage ensuring greatest competition and the keenest price possible, creating a sound investment for our client.

In addition to the above, we were subsequently instructed to market Unit 2 on the basis of a 9 year lease allowing a tenant only break option at the end of Year 3 and a rolling mutual option to break at the end of year 6. Whilst the facility was well received by the market having all the right ingredients with 5% Grade A office content 4 loading docks and one surface level loading door and eaves height of 12m and a yard depth of over 50m, Brexit held up negotiations. This has however let as of 1st February 2020 at £300,000pa or £7.50 per sq ft.