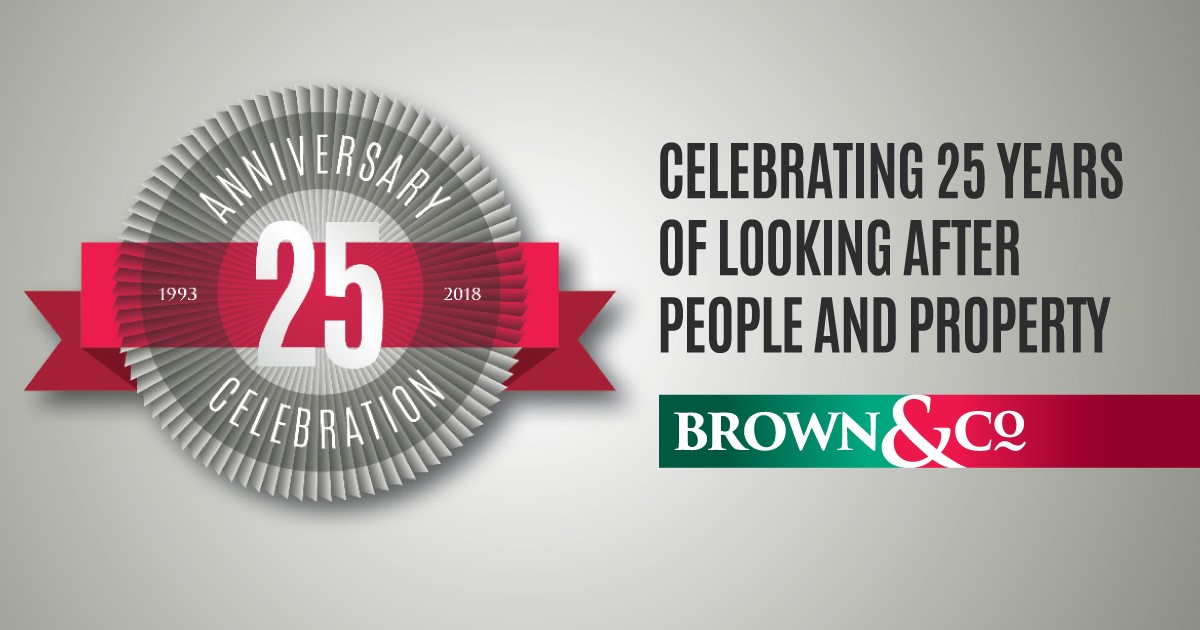 The Brown&Co partnership was created in 1993 and is celebrating its 25-year anniversary in April 2018. The business was bought from Royal Life by twelve adventurous Partners with the philosophy of “making and taking opportunity”. Nothing has changed apart from the size of the business; now there are 30 Partners, some 250 employees and 15 offices in the UK and overseas.

The Firm’s first year of trading involved offering and selling three or four decent farms to a rising market, which very neatly helped to defray the outlay made for the business. Coincidently, 1993 was the first year of form-filling for IACS and agents and farmers were deflected from normal market purpose for two to three months, but when the market started it was confident and robust.

Nice 15-20 acre fields of Wisbech silt sold for up to £3,000 per acre, whereas a 3,600 acre estate in West Norfolk with thirty houses sold for only a little over £2,000 per acre! The early partnership had a positive age mix of thirty to forty year olds, with five main Partners leading and guiding and was based around an immediate sense of acceptable risk, entrepreneurship and initiative, which remains at the heart of the Firm.

Partnership philosophy and trust bound the Firm then and still does, with a common interest, which is to serve clients, make money, give honest, real and professional advice outside the confines of a corporate framework and “to be as good as we can be at what we do”.