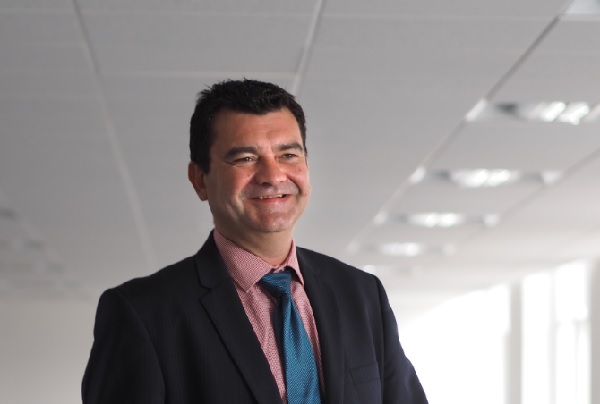 Having graduated from Nottingham Trent University in the midst of a recession there were few jobs around so I ‘reluctantly’ spent a year travelling around Australia before landing a job in the West End of London in the commercial agency team of a national surveyor.

I spent 7 years in an office overlooking Regent Street then decided it was time to return to my home town of Norwich and have now spent the last 10 years at Brown & Co specialising in both Commercial Agency and Residential Development.

My wife and I moved from the centre of Norwich to a village 4 years ago.  Liz has to be in her office by 8am so we are usually up and about reasonably early. We have a pond in front of our drive so this morning it was good fun having to dodge the kamikaze moorhen chicks and baby rabbits!

Our Commercial Agency team comprises 4 people, with two members joining us shortly.  Our stock of instructions involves the full range of use classes from offices to retail and industrial, but also some specialist use types such as a veterinary practices, former churches and commercial property investments.

My role is a bit more diverse, as I also spend about half of my time advising on acquiring and selling residential development sites in Norwich.

Both are rewarding in different ways.  It is good to keep at the coal face of letting an industrial unit whereas a job involving negotiating a residential promotion agreement and seeing this through planning and selling the site is also compelling, if not, much more time consuming!

The residential land sale business has grown consistently over the last 5 years such that I have also been involved in setting up a new homes sales department to sell the houses the developers build on the sites we have sold them.

The commercial market in Norwich doesn’t generally suffer from the peaks and troughs like other locations as it is quite insular.  There is a general shortage of industrial space as very little speculative new buildings have been built for 20 years and the old stock is filling up.  Encouragingly there are some new schemes coming forward.

The office market is reasonably strong, again, because much of the old or more obsolete stock has now been converted to apartments so there is a shortage of good quality space.

Everyone will be aware that retail is struggling mainly because of online sales, but also due to significant increases in business rates.  Norwich being such a ‘fine city’ does however buck the trend somewhat in that the large variety of shops, the market place and diverse restaurants in the city centre consistently attracts both locals and tourists.

Thankfully Brexit doesn’t seem to have had any negative effect yet…..

I am a keen Norwich City fan and season ticket holder so hoping that we will enjoy success in the Premier League.  I am also trying to improve my golf game for which I have no excuse as my house backs onto a 9-hole golf course!

However, otherwise I generally get home at 6.30pm-7.00pm and settle down to enjoy the sofa and a glass of Kiwi sauvignon blanc!