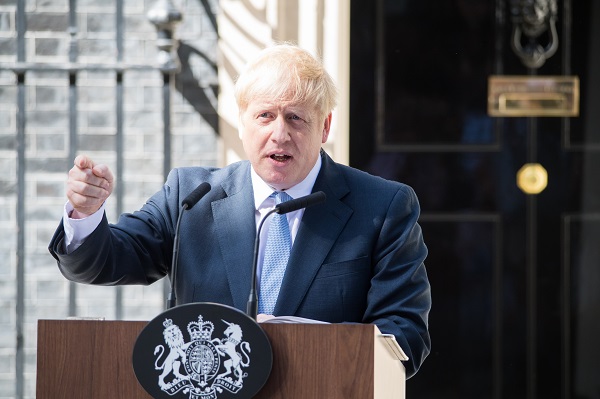 Cast your minds back to June 2016…….David Cameron was Prime Minister & confident that we would be a nation of “remainers”….& Scarlett Moffatt won “I`m a Celebrity….”

It turned out that David Cameron was wrong & Theresa May had the unenviable task of steering the good ship UK Plc through the choppy waters of Brexit. As an aside the word Brexit was originally coined by Peter Wilding, the founder and director of the British Influence think tank - and campaigned for the UK to Remain in the EU in June's referendum.

Mr Wilding took his inspiration from Grexit, the term used for Greece's possible exit from the eurozone. "In January and February 2012 it was all about the Greek crisis," he said,

"It didn't take a great leap of faith to replace the G with a B so that's how it came about.”

The vote to “Leave” had a detrimental impact on the UK Commercial property market. Figures from the Office of National Statistics showed that the amount of new UK commercial construction work undertaken by the private sector declined month – on – month since December 2017. Rental growth slowed & the Investment Property Forum predicted forecasts for annual growth in 2018 at just 0.9%, with 2019 at a lower figure of 0.4%.

Predictably (perhaps?) growth in rents remained robust for industrial property, running at 5% at the time of the referendum & declining to c.4% thereafter. Office rents plunged after the vote with retail (also predictably) the worst performing segment of the market. So what are the long terms trends that have emerged following the Brexit Vote?

·       Retail shops to warehousing – The closure of High St stores due to the growth of shopping online has led to more warehouses being opened as online retailers expand their logistics & delivery networks.

The Country held its metaphorical breath as once again the Election (& Referendum) weary British public were called upon to decide the course of the UK & its economy. Parliament had been reduced to an impotent “talk shop” with no decision making capability – the dead lock had to be broken.

The general election (or was it a second Referendum?) took place on 12th December 2019, with Boris Johnson hoping to be returned to office as Prime Minister & Jeremy Corbyn expecting a landslide victory on the presumption that the general sentiment of the UK populace was swinging towards a “remain” vote.

Commentators suggested that global investors would plough £48.4 bn into London commercial property alone - up 21% on 2019. A quarter of the investment was expected to come from Hong Kong & China with a further 25% from the UK. 29% of the funds were pencilled in to arrive from Mainland Europe.

Evidence of the positive effects of the “Boris Bounce” are still being processed but according to Rightmove, in the immediate aftermath of the Election, the average list price of a residential property jumped by 2.3% & the number of properties moving to the sale agreed stage increased significantly. We will see how this trend manifests itself as the year progresses.

RICS Economist Tarrant Parsons said “Expectations appear to have strengthened in the office & industrial sectors following the decisive outcome of the General Election, with markets in prime locations in particular seeing projections for capital value & rental growth revised higher. That said, this improved sentiment has not found its way into the retail sector, where the outlook remains just as downbeat as before.

The RICS also carried out a survey post the Election which revealed that overseas investment enquiries in central London Offices & industrial space rose to the highest reading since 2017.

Our experience in the Beds/Cambs/Hunts region is that investors have enthusiastically  re-entered the property market, buoyed up by the relative stability afforded by the Election result; the prospects for growth afforded by the Ox - Cambs arc` initiatives ;resultant infrastructure projects & the general shortage of good quality property investment product.

And now we have the coronavirus from which we have seen falls in the stock exchange not seen since 1987, supply chains cut and a devastating effect on travel and tourism. The longer this continues the more it will affect confidence in commercial decision making which in turn causes doubt with property decisions.

Hopefully we will get through this quickly so the “green shoots” for a positive start to 2020 remain in full bloom….