LAND WITH DEVELOPMENT POTENTIAL TO BE SOLD IN WARBOYS 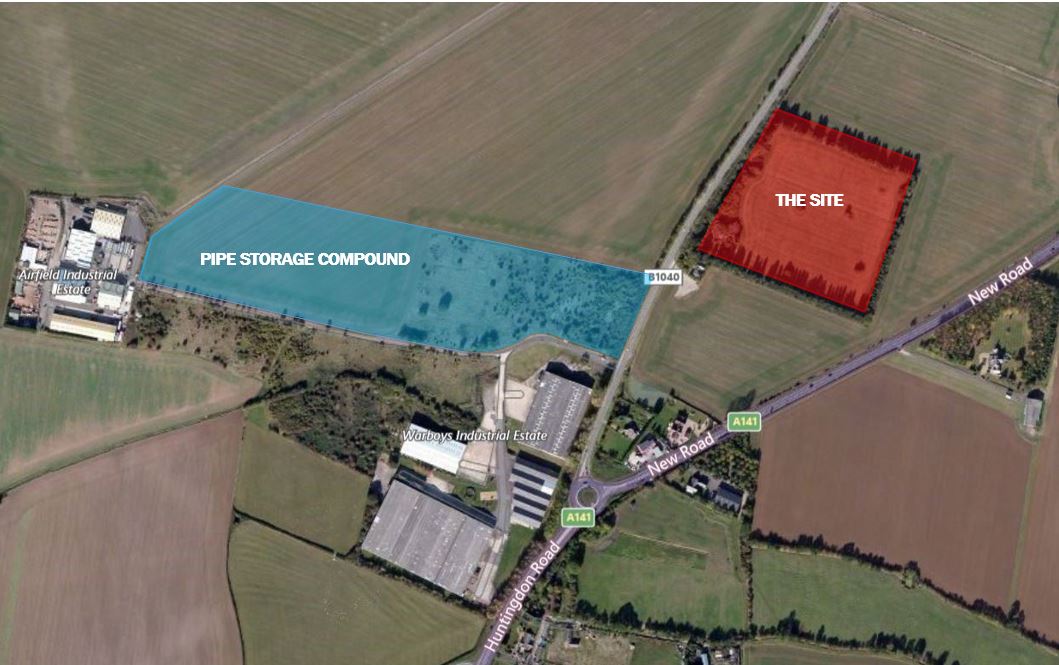 Brown & Co St Neots Office has announced that part of a World War II airfield is to be sold by online auction, bidding closing on the 10th May 2019. The land which has an area of 4.3 ha (10.5 acres), lies to the south of Warboys village and is adjacent to the established Warboys Airfield Industrial Estate. An existing building, which was believed to have been the radio station for RAF Warboys (a former heavy bomber station) during the war still exists on the site and has potential for refurbishment or replacement say the agents. This building has an area of 324 m² (3500 ft.²).

It was intended that the site would be developed for a new facility for Rustons Engineering Company Ltd when it vacated its site in Huntingdon town centre in 2014. Planning permission was obtained for 145,000 ft.² of industrial space on the site in two buildings together with car parking and open hardstanding and storage. That planning permission was personal to RECO but the property was never developed. By virtue of this planning permission and other storage permissions granted on the existing building, it is considered that there is potential for an allocation of the land for commercial use.

This site is being offered by online auction. Bidding commences on 6th May 2019 and finishes at 12 noon on 10th May. The agents state that the site must be sold and therefore a very competitive disclosed reserve of £75,000 has been set.

Commenting on behalf of Brown & Co, Phil Halmshaw said “This property offers a great opportunity for an individual, investor, business or developer to acquire land at a competitive price based on its potential for planning permission to be granted in the future for commercial development.”

There is also a possibility that the existing building could be converted to, or rebuilt as a dwelling, subject to planning. “National and local planning policies make provision for existing but disused buildings to be changed into residential use where that leads to an enhancement in the setting of the building” continued Mr Halmshaw.

Whilst there is no guarantee that the planners may be persuaded in this respect, there is potential for this avenue to be explored alongside the commercial development potential arising from the fact that this is previously developed land. There could be scope for a significant detached dwelling with 10 acres of associated paddock.

Brown & Co has produced a detailed planning statement as part of the legal information pack. All documents can be downloaded from Brown & Co’s auction website – https://brownandco.eigonlineauctions.com/lot/details/10286