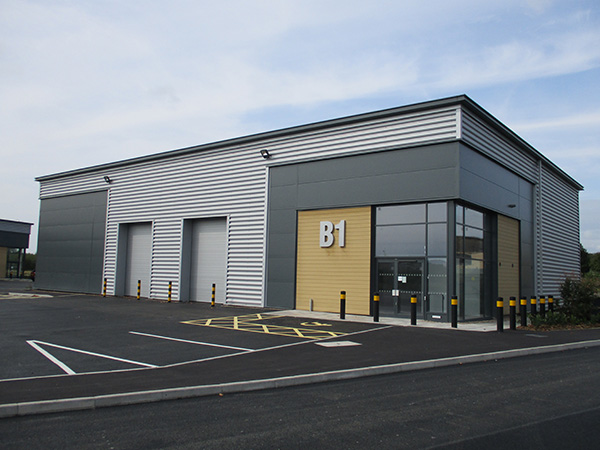 Brown & Co have had the pleasure in acting as joint agents, along with CPP, in the letting of Centric -  a new-build industrial scheme  at Ollerton, Nottinghamshire. All 10 units are now let with units ranging in size from 2,000 sq ft to 7,500 sq ft.

Centric forms part of the Sherwood Energy Village which is a former colliery site - a project that was initially funded via Local Growth Funding, through the D2N2 Local Enterprise Partnership (LEP) and which comprises of a 91 acre former colliery site and has been substantially developed out and includes the HQ of Center  Parcs.

The scheme was designed with good parking provision and access for delivery vehicles.  The units include a fitted welfare core providing a small office along with WCs and a small kitchenette area.

Paul White, of Brown & Co commented: “We’re pleased to have seen such enthusiasm for the units at Centric – the interest we’ve received highlights the demand for brand new industrial and business space in the area.  One of the most interesting events during marketing was a flying visit by the local MP  Mark Spencer  with an impromptu bit of filming for his social media outlets! We look forward to working with CRT on other planned schemes.  ”

Centric was developed by CRT Property Investments Ltd and completed in September 2018. Recent tenants at the site include CCTV and security products specialist Optosafe who have committed to a 5,500 sq ft unit and food manufacturer Tsui Tak Supreme Food Limited who have moved into a 3,000 sq ft unit. CRT focus on developing in former coal mining areas creating new jobs as businesses move to the area or expand from existing local bases.