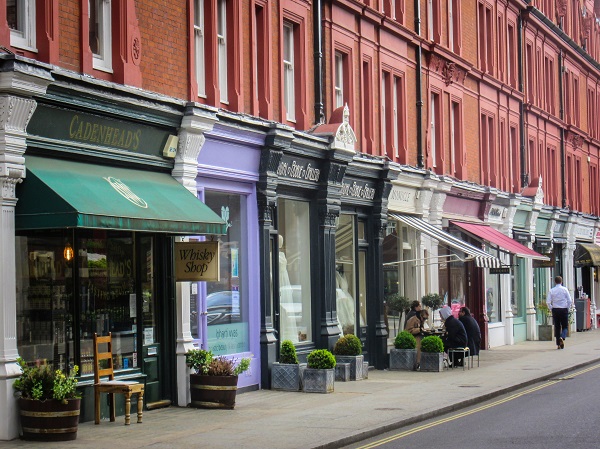 In the October edition of the commercial newsletter we briefly commented upon the effect of structural changes to the retail market, and focused on the rise of the Company Voluntary Arrangement (CVA) particularly in the context of traditional property based retailers and the woes affecting the casual dining sector. In both sectors commercial property is often a key component of the asset and liability structure of the companies experiencing distress.  In the intervening time neither of these trends appears to have gone away. Following our Autumn piece retail trading for Christmas 2018 is thought to have been the worst for 10 years overall, on the back of reduced consumer confidence in the second half of 2018, although it was a mixed picture with some faring better than others. Whether 2019 will match 2018 for numbers of retail failures and attempted rescues remains to be seen although so far this year further big names have succumbed.

In some cases retail failures are only part of the story. Space is also released by business who see an opportunity, either through lease expiry or tenant breaks, to take the necessary steps to rationalise their portfolio and cost base, and gear their business more heavily towards an online offering, and through other retail forums such as supermarkets.

Clearly this leads to the question of what is happening to the empty space this creates, and consequently to values.

In our various local retail markets we are seeing a trend for local independent operators replacing national multiples, and space is as likely to be taken by service providers as it is by retailers. The logic suggesting local services cannot be bought online, or if they can be the need to do so is not as compelling as it is for goods.

The branded sandwich and coffee shop expansion into the high street has largely been realised and the focus for both of these markets, particularly for the multiples, has turned to out of town locations, university campuses, railway stations, drive thru locations etc. The obvious examples of this are Subway and Costa.

Current trends are thought to be driving a number of different approaches to property based retail. For many retailers consumer feedback has challenged them to create more of an experience for the consumer. In some cases this change will come from existing retailers, in others it is likely to be new entrants seeking to innovate.

In many cases the offering is not finalised. On a local level examples we have seen are traditional High Street shops becoming an award winning specialist ale house, and a micro distiller seeking a central pitch to hold marketing events, as well as running their traditional and online retail business from the premises. On a wider level, despite sustained onslaught from online competition the combination of book shop, reading space and café in one premises appears to be weathering the storm. Escape rooms are a further good example of diversification.

Vape supplies appears to be showing early signs of consolidation with some aggressive expansion policies being pursued by well financed start-up operations with the intention of national coverage.

Lazer, soft play, trampolining and other gym type uses offer some potential for excess space in edge of town locations or for large floor plates.

Whereas hospitality and leisure were historically seen as natural partners from a property advisory perspective, retail and leisure is now often coupled, and the big players behind modern shopping centres incorporate leisure users into their offering such as cinemas, bowling and food offerings to match. It is anticipated and hoped that high streets will become a more eclectic mix of occupiers providing a diverse range of experiences. How this will happen is likely to be an ‘organic’ mix of occupier strategy and planning policy. The other input will be landlords, presumably keen to consent to proposed changes to their building which will preserve value, particularly in the larger lot sizes.

However history tells us that businesses setting out into growth markets, especially those requiring high levels of start-up capital, often go through a spate of restructuring before they reach a sustainable position in terms of debt servicing and trading profit.  Accordingly the transition may not be without its hick-ups.

Of course the immediate effect of these changes is felt beyond the high street. Independents often require shorter more flexible lease terms than multiples have done. Landlords who once had shops let to national covenants on long leases generating historically high rents enjoyed high capital values. Today, the best scenario might be a sharp reduction in rent at renewal. As likely is a notional reduced rent from a notional tenant that, in valuation terms, warrants lower multiples being applied to rental streams. Needless to say values in some cases have been affected.