WIND POWER GOES UP A GEAR 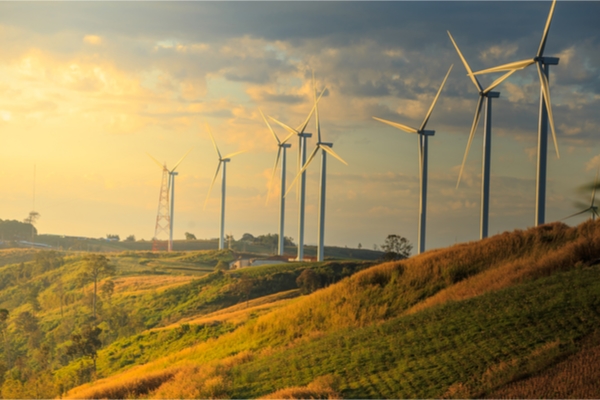 A recent government announcement stated that nearly 30% of the UK’s electricity is planned to be generated by wind power by 2030.

With all the proposed windfarm developments in the pipeline it seems like a reasonable target -during 2018 the increasing number of offshore wind farms generated an estimated 17% of the UK’s energy requirements. In late 2018 the UK’s total wind generation capacity reached 20GW for the first time when the Hornsea 1 wind farm was completed.

The second phase of the Hornsea wind farm complex is currently under construction, the third phase is going through the Development Consent Order process, while the fourth phase has just broken cover for discussion. Meanwhile there are multiple other wind farms being developed around the UK, with a specific focus on the East Coast where Vattenfall are seeking consent for the Vanguard and Boreas schemes and Scottish Power Renewables are developing and seeking to extend the East Anglia Array.

All this offshore power needs to be connected to the National Grid. Cable routes vary in length and design, but using Hornsea 3 as an example, the cable length from landfall at Holt to the grid at Norwich is around 55km and could have a working width of 80m. This would see 440 hectares of land being dug up for cable laying.

It is important to get good professional advice as soon as you are notified of a potential export cable in your area. It cannot be understated how important it is to make balanced and relevant representations from an early stage and have a good team of advisors to help sculpt the best agreement between you and the developer.

The teams laying the cables will be there and gone in a few years, but the damage from a bad job can last decades. Amongst other schemes, Brown & Co is involved with all four Hornsea projects, Norfolk Boreas and Vanguard, the East Anglia Array, Viking Link and Triton Knoll. We have also acted on the Dudgeon wind farm and the Sheringham Shoal wind farm.

We have negotiated terms for cable routes, compounds, main substations and booster stations and have led from the fore in this rapidly evolving and colliding world of renewable energy and land ownership.