IMPORTANT NOTICE FOR OUR CLIENTS


Following the Governments advice regarding the Corona-virus outbreak, our offices are now temporarily closed to the public for the safety of our clients and staff.

Business continues as normal through our dispersed key staff and digital channels.

IMPORTANT NOTICE FOR OUR CLIENTS Hide 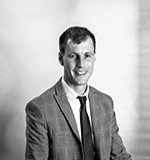 Joe graduated from University of West of England in 2012 having studied Property Management & Investment BSc Hons (RICS accredited). Since then, he has worked in the industry for a year at Leamington spa. In between this, he has spent several years building oak framed buildings around the country. He was born, and grew up in Northamptonshire meaning he has lots of local knowledge.

Joe is working alongside Tim Humphrey, Clive Thompson and Malcom Nutt in agency, management and valuations as he works towards his chatership.