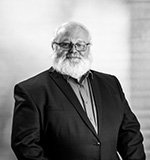 Mike started his professional career with British Rail Property Board in 1982 managing the estate in the east midlands till 1986.

He managed a large retail estate throughout the UK and has experience of working with Scottish and Northern Irish as well as English and Welsh land law.

In 1990, Mike moved to Sketchley Plc as the Estates Director but resigned that role in 1992 to buy a hotel in North Devon which he ran with his wife and family until 1995.

From 1995 to 2005, Mike was the Estates Manager for Bedford Borough Council before moving to Welwyn Hatfield (WHBC) in 2005 where he stayed until 2019.

Mike joined Brown & Co in March 2019 where his focus is on professional services and landlord and tenant issues, happily working for either side from his experience.

On a social front, he is the lead guitarist in a reasonably successful gigging covers band with whom he has just recorded his first EP.