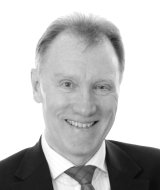 Phil obtained a BSc (Hons) in Urban Estate Surveying in 1983, and following graduation, joined Peterborough Development Corporation in its industrial team. Having qualified as a Chartered Surveyor in 1986 Phil took up the position of Development Surveyor in London with Hyperion Properties plc where he was involved in a range of industrial, office and retail development schemes. He also spent two years with the Valuation Office dealing with rating and taxation cases and Local Government Consultancy work.

In 1993, Phil joined D H Barford + Co and he became a Partner in 1997. Following the acquisition of Barford + Co by Brown & Co in 2017, Phil took up the role of Consultant, specialising in residential land and development projects throughout Cambridgeshire and Bedfordshire where Brown & Co Barfords concentrates its business activities. His work involves the negotiation of option and promotion agreements, conditional contracts, overage arrangements and joint ventures.

Phil enjoys a range of sporting interests including table tennis (at which he represented Yorkshire), squash and football. He remains a dedicated follower of Bradford City. Weekends are often hiking around the Nene Valley o the north of England with the family and pets - Labrador Gem and Springer Spaniel Percy.