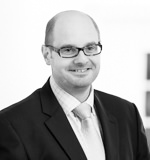 Tim has been with Brown&Co since 2001 and has worked in the Boston (since merged with Spalding), Grantham, Spalding & Banbury offices and has gained vast local knowledge and experience in all types of commercial, retail and office sectors. Having worked in the Grantham office for 5 years, Tim was then appointed Head of the Spalding Commercial team in 2007, before relocating to join the Banbury Commercial team in 2013. Tim has developed a range of niche clients in the food and fresh produce sector in addition to the mainstream commercial sectors. The team in Banbury have a wide client and property base and are involved in many different instructions. The team work predominately along the M40 / A43 / M1 corridor covering Banbury, Bicester, Brackley, Northampton & Stratford Upon Avon.