Land Agent Jim Major, who was one of the founder Partners of Brown&Co and who was Managing Partner for nine years, is stepping down to become a Senior Consultant.

Jim, 64, works in the King’s Lynn office of Brown&Co and lives nearby in North Runcton.

Jim chose to be a Land Agent all his career – he said he never wanted to be a farmer. His father’s family did farm in Ramsey, Cambridgeshire and East Winch in Norfolk and his mother came from a family of millers and when the family farm was sold, Jim became interested in Land Agency.

“I spent my first 10 years on the family farm in East Winch before it was sold – my first taste of Rural Land Agency which sort of stuck,” he said.

A pupil of King Edward VII Grammar School in King’s Lynn, Jim later went to Reading University to study Estate Management, working on a year out coincidentally at the former Charles Hawkins & Sons – which was situated just a couple of doors down from the current Brown&Co King’s Lynn office.

He worked as a Land Agent for firms including Olivers in Sudbury, White & Kingston in Spalding before Brown&Co. He worked for the firm first in Wisbech and then in King’s Lynn.

“We formed Brown&Co because we all wanted to be involved in our own destinies and we wanted to serve farming and agriculture,” he said.

“I think what has changed is back then you had one career, I was always going to be a Land Agent forever.

“I’ve bought and sold land and some of my favourite times have been working for private families and dealing with other agents; I’ve always liked the cut and thrust of it.

“One of the really fulfilling private land acquisitions was for over £20,000 an acre in South Lincolnshire, one to remember forever about 10 years ago when we were at the height of the market.

“Brexit was a shaker, but the agricultural industry tends to stand back and wait to see what happens next and that keeps it going, it’s resilient and flexible and that pulls it out of the fire.”

Jim, married to Julia, has four children, a daughter, two sons and a step-son. His son Jack works in the Residential department at Brown&Co in King’s Lynn while his other son and daughter are both teachers and his step-son is at Gresham’s in Holt. He has two grandchildren.

Throughout his career, Jim has always played lots of sport; namely hockey for Pelicans in King’s Lynn as well as serving most roles for the club including Chairman, Coach and  Trustee.

He also loves cricket and is Secretary of North Runcton Cricket Club, where all 3 sons play.

He was Chairman/President of Wisbech and Norfolk Valuers, and is an External Examiner at the Royal Agricultural University, Cirencester as well as being a past National Board Examiner and Chairman of the Eastern Group of the Central Association of Agricultural Valuers, and a RICS registered Valuer.

Jim will be working three days a week at Brown&Co as Senior Consultant and looking forward to being able to pursue other hobbies including watching sport, gardening, fishing, baking and home brewing.

“I’m extremely lucky enough to be at the stage now when someone says ‘let’s go’, I look in my diary, not my bank account,” he joked.

Charles Whitaker, Managing Partner, said: “Jim has been a fine example to us all of achievement, leadership, commitment, loyalty, performance and friendship over more than 30 years that we have been in business together.” 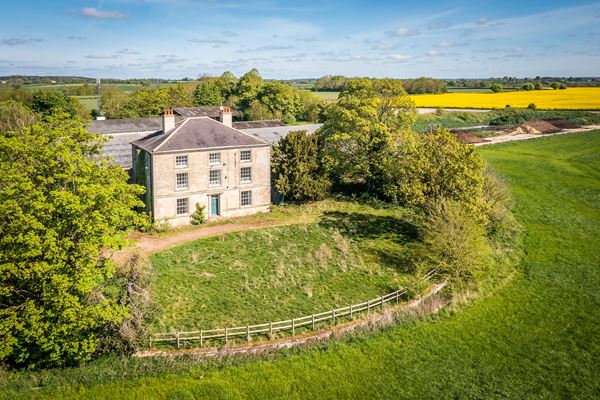