Memories of a 'Railway Child' as Station House on sale


When a former station master’s house and station, dating to Victorian times, came up for auction recently, it was of particular interest for Liz Hunt, 75.

Mrs Hunt, now living in Sussex with husband Nigel 77, lived in the Station House in Beckingham near Doncaster between 1949-1957. She moved there when she was a toddler when her father, Robert James Williams was the Station Master and lived there with her mother Nancy Williams and brother David, just two weeks old.

The Station House came up for sale with our Residential and Auction teams based in Retford and Lincoln in August. The property boasted the original waiting room with some posters still visible, the ticket office and the Station Master’s private quarters.

The Grade II listed property dates to 1875 and was vacated when the service on that line closed to passengers in 1959. 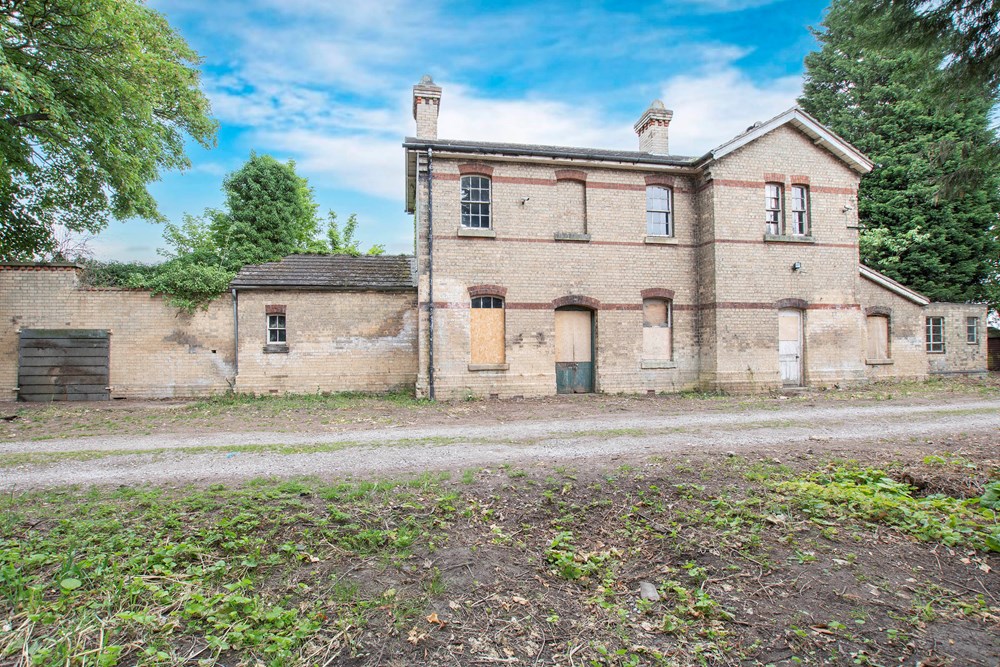 The property prompted Mrs Hunt to get in touch with us and recount many childhood memories and her happy and interesting life spent there.

She said: “Remembering the layout of the house and going through the back door, there was our kitchen with a cooker, washing machine, dresser, sink and sink board. A small step from the kitchen led to our living room with a kitchen Range, a large ceiling height cupboard on the right and a pantry opposite.

“In the pantry was a concrete slab where my mother kept ice. As children we used to slide along the quarry tiles in the kitchen but if we went too fast, we would catapult over the step into the living room. I remember my mother putting a stop to our fun!

“At the bottom of the stairs there was a door which opened into the sitting room in which was our best furniture.  This room came into its own when we got a television!

“At the back of the sitting room was a door opening onto the platform but we never went through it and I remember a brown chenille curtain across it.  Up the stairs was a bathroom and toilet (newly modernised for us I think,) three bedrooms and a long landing.

“Next to our house there was a station door opening into a waiting room and to the right of this was my father’s office. It contained a very high desk (I thought), a fireplace with a fire going in the winter and a cubby-hole for the tickets.  Off the waiting room there was a door leading onto the platform. That and the other buildings off the platform were out of bounds to us. 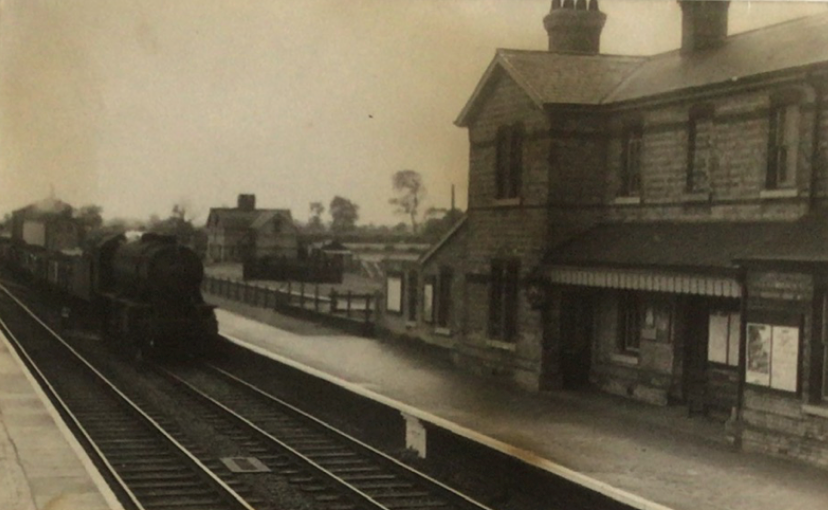 Station House, seen on the right, pictured in the 1950s. Pic: Liz Hunt.

“Outside our kitchen window there was a well.  I used to dance a lot on the top. I shudder to think what would have happened if it had collapsed.

“There was always a lot going on. There was a lorry which used to call frequently for parcels from the trains and deliver them around the villages. Sometimes in the holidays my brother and I would be taken as a treat. We always stopped for sweets from the village shop en route!

“Once in the school holidays a cow escaped out of the nearby cattle dock and entered our house.  We were upstairs, thankfully, at the time and I can remember my father and Alf, the porter, shouting up to us to stay where we were. There was a lot of cleaning up to do afterwards.

“Occasionally I remember a hunt meeting in front of our house. There seemed to be many ladies, dressed in black with hats and veils who all rode side saddle and huntsmen in red livery.  The horses and ponies were unloaded from their boxes and off they went. 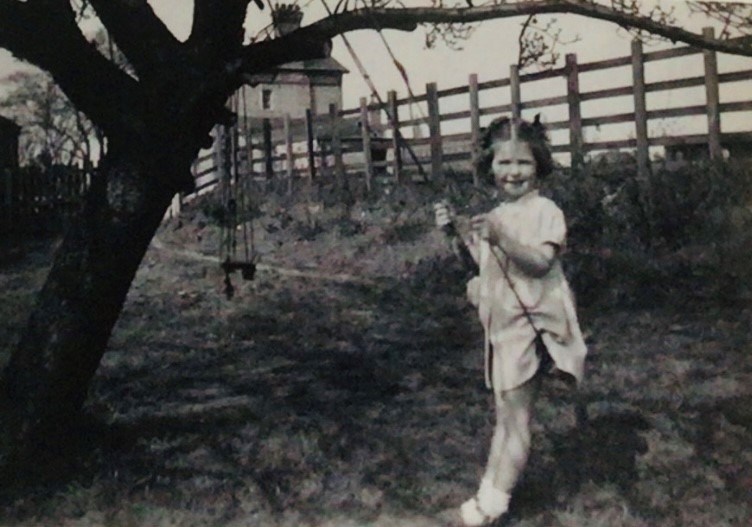 Liz Hunt as a child, playing in the garden of Station House, seen in the background. Pic: Liz Hunt.

“They were happy days spent in the Station House.  My father was a kind and conscientious man and the well-being of his staff was always important to him.

“He also had Walkeringham and Misterton to look after. After we left Beckingham we lived in other places around the north and south, with my father working his final years before retirement in a railway head office in London.

“It’s a long time ago now since we lived in the Station House , but I hope happiness and laughter will one day once again reverberate in its rooms.”