INTRODUCTION AND LOCATION
The property is situated on the eastern edge of the village of Corby Glen near Grantham divided into two blocks by Irnham Road and is predominantly bare arable land currently in the last year of the term of two Farm Business Tenancies coming vacant in October 2022. The offering lends itself well for traditional combinable crop production, but also for contemporary regenerative farming and natural capital opportunities.

DESCRIPTION
The land extends to approximately 151.07 hectares (373.29 acres) as a whole and comprises:


INTRODUCTION AND LOCATION
The property is situated on the eastern edge of the village of Corby Glen near Grantham divided into two blocks by Irnham Road and is predominantly bare arable land currently in the last year of the term of two Farm Business Tenancies coming vacant in October 2022. The offering lends itself well for traditional combinable crop production, but also for contemporary regenerative farming and natural capital opportunities.

DESCRIPTION
The land extends to approximately 151.07 hectares (373.29 acres) as a whole and comprises:

The land is essentially a Grade 3 clay based loamy soil type with strong commercial production potential. The southern block can be accessed from both Irnham Road and Bourne Road and includes a small parcel of pasture land (hatched yellow on the Sale Plan) extending to 1.10 hectares (2.73 acres) which is let to the Lincoln Diocese under an Agricultural Holdings Act 1986 Tenancy (AHA). The parcel forms part of a larger grass paddock and there is no physical western ownership boundary.

The land to the north is accessed directly on part from Irnham Road and the remaining part via Camp Lane which is a Restricted Byway with a right of farming access to the land.

In 2012 the previous owners entered into an English Woodland Grant Scheme and cricket bat willows were planted in an area (hatched blue on the Sale Plan) extending to 0.94 hectares (2.32 acres) which is managed annually by the current Tenant. The trees should be ready to fell in the near future subject to assessment. Details of the Agreement are available from the Selling Agents.

There are several small parcels of woodland across the land made up of mixed broadleaf trees. Sporting Rights are in hand and there is potential to establish and develop a compact local shoot independently or by neighbour collaboration.

GENERAL REMARKS & STIPULATIONS
METHOD OF SALE
The property is offered for sale by Private Treaty as a Whole and is identified edged red on the Sale Plan.

TENURE & POSSESSION
Excluding the yellow hatched area on the Sale Plan, the land is offered for sale Freehold with Vacant Possession available in October 2022. It is currently let and in its final year of two, five year Farm Business Tenancy Agreements to Scorror Farms Limited. Notices to Quit have been served and acknowledged by the Tenant which will bring the lettings to termination on 11th October 2022.

NB For an investor buyer, the Tenant would like to continue renting the land subject to agreeing a new Farm Business Tenancy.

The area of land hatched yellow on the Sale Plan is available Freehold but is let to the Lincoln Diocese under an AHA Agreement. It is understood that the pasture land is sublet to a third party. A Section 6 (1) Notice under the AHA was served on the Tenant requesting a written Tenancy Agreement be entered into, but, to date, no written Agreement has been executed by either party.

EXCHANGE OF CONTRACTS & COMPLETION
Following the acceptance of any offer/s, Exchange of Contracts will take place within 28 days after receipt by the Buyer/s' solicitor of a draft Contract, with Completion no later than 28 days thereafter.

BASIC PAYMENT SCHEME
Basic Payment Scheme Entitlements have been claimed over all of the eligible land annually. There are 146.33 Non-SDA Entitlements owned by the Landlord and claimed by the Tenant which will be transferred back to the Landlord, or to a nominated party as soon as practically possible at the end of the Farm Business Tenancy terms.

WAYLEAVES, EASEMENTS & RIGHTS OF WAY
The sale is subject to and with the benefit of any covenants, existing wayleaves, easements, rights of way and other rights under or over the Property as stipulated in H. M. Land Registry Title Numbers LL344216 and LL338921.

There are 4 pylons standing on the block to the south of Irnham Road and Annual Wayleave payments are understood to be paid.

There are two Public Footpaths on the southern block of land.

ENVIRONMENTAL STEWARDSHIP
Excluding the yellow hatched land, all of the property is currently included in a Mid Tier Stewardship Agreement which expires on 31 December 2022.

DRAINAGE
The majority of the land has historically been underdrained. Drainage plans are available on request from the Selling Agents.

BACKCROPPING
The land has generally been farmed in a combinable cropping rotation. A schedule of back cropping is available from the Selling Agents.

OUTGOINGS
General Drainage Charges are payable to the Environment Agency annually on the land.

VALUE ADDED TAX
Should any sale of the property or any right attached to it become a chargeable supply for the purpose of VAT, such tax shall be payable by the Buyer/s in addition to the Contract price. It is understood that none of the land is elected for VAT.

SPORTING, MINERALS & TIMBER
All sporting rights, timber or timber like trees, and mineral rights (except as reserved by statute or to The Crown) are included in the sale.

Fallow deer are regularly seen on the farm and surrounding area, as well as some red deer recently. Sporting rights have been let out in the past to control deer numbers. The farm is being sold with sporting rights in hand.

PLANS, AREAS & SCHEDULES
These have been prepared as carefully as possible and are based on Ordnance Survey scale plans and Land Registry data. The plans are published for illustrative purposes only and although they are believed to be correct, their accuracy is not guaranteed.

TOWN & COUNTRY PLANNING
A Buyer/s will be deemed to have full knowledge of and satisfaction upon any Town and Country Planning matters that may affect the property.

OVERAGE
There is a pre-existing Development Clawback affecting the area hatched in green and on the area hatched yellow on the sale plan, further details of which are available from the Selling Agents.

DISPUTES
Should any disputes arise as to the boundaries or any points concerning the Particulars, schedules and plans, or the interpretation of any of them, the question will be referred to an Arbitrator appointed by the Selling Agents, whose decision acting as Expert shall be final. A Buyer/s shall be deemed to have full knowledge of all boundaries and neither the Sellers nor the Selling Agents will be responsible for defining the boundaries or the ownership thereof.

ANTI MONEY LAUNDERING
In accordance with the most recent Anti Money Laundering Legislation, the Buyer/s will be required to provide proof of identity and address to the Selling Agents once an offer is submitted and prior to Solicitors being instructed.

How do I find out about the latest properties? 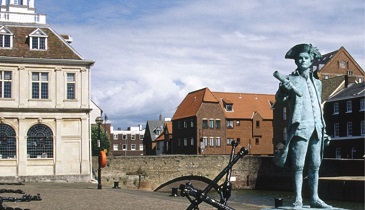