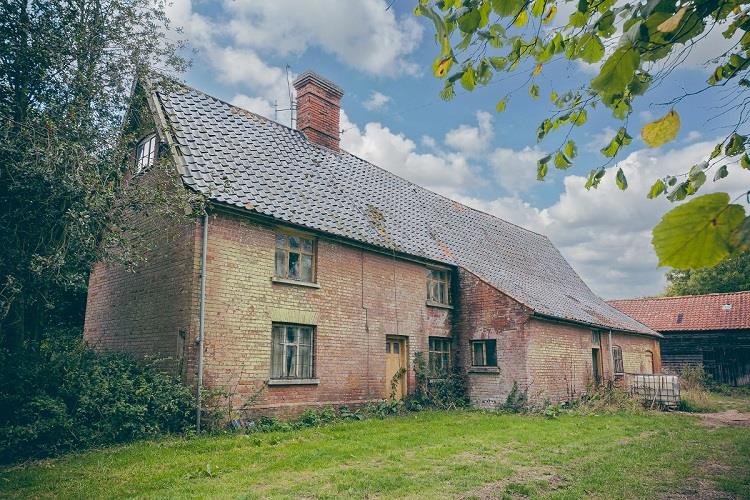 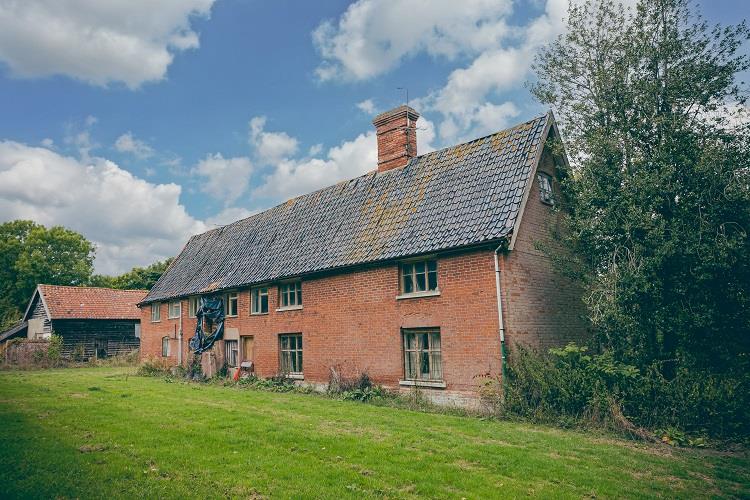 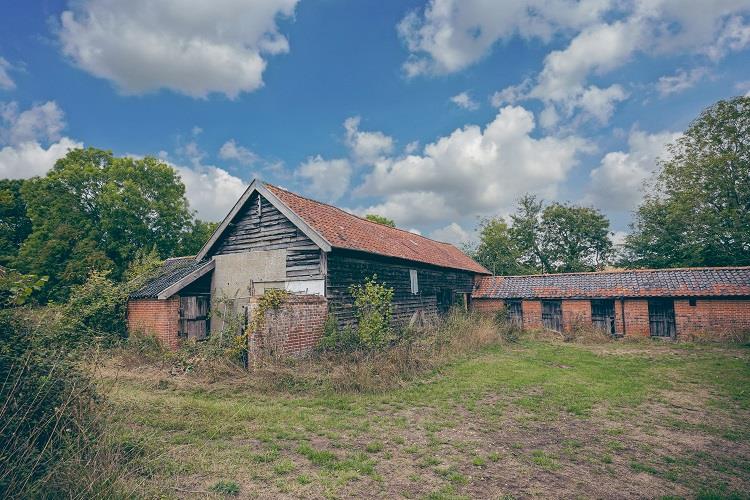 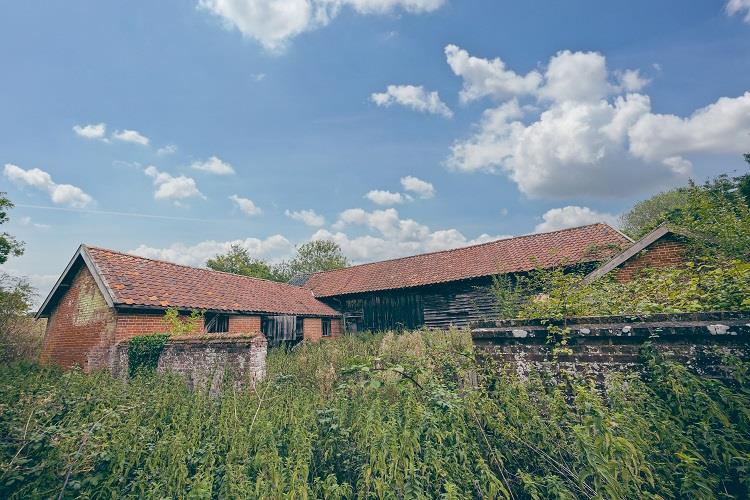 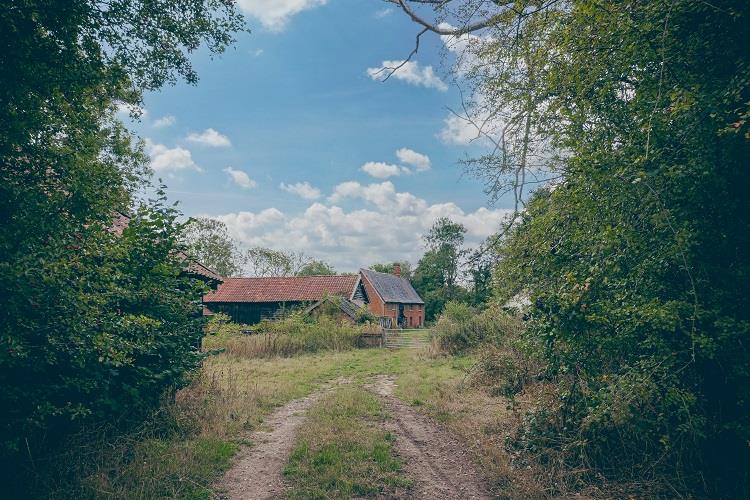 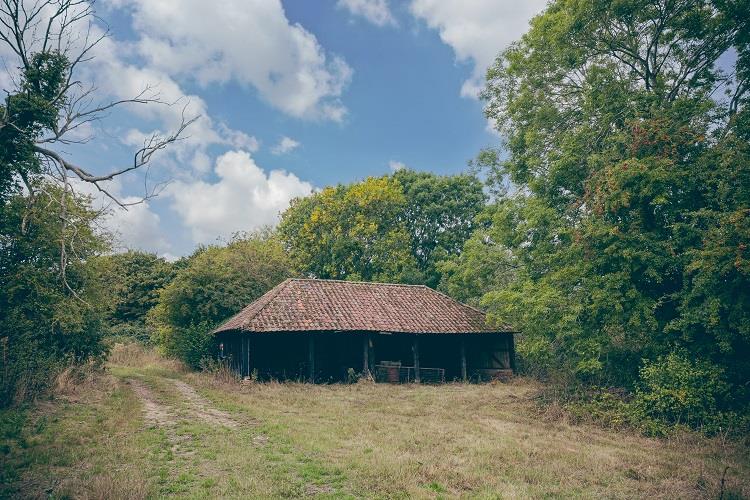 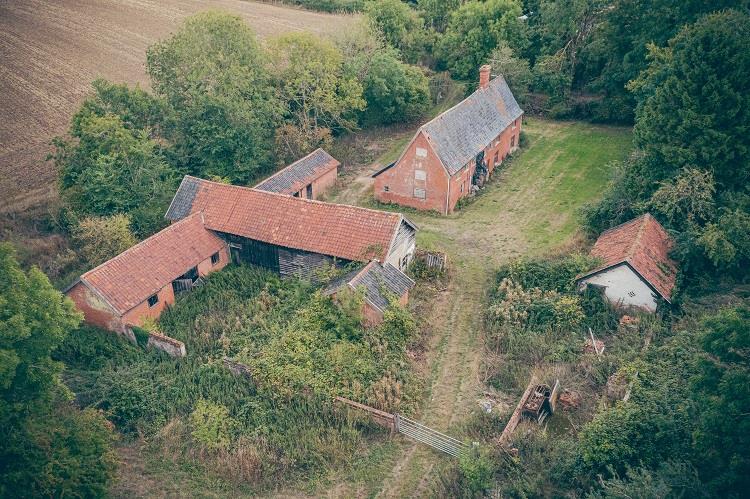 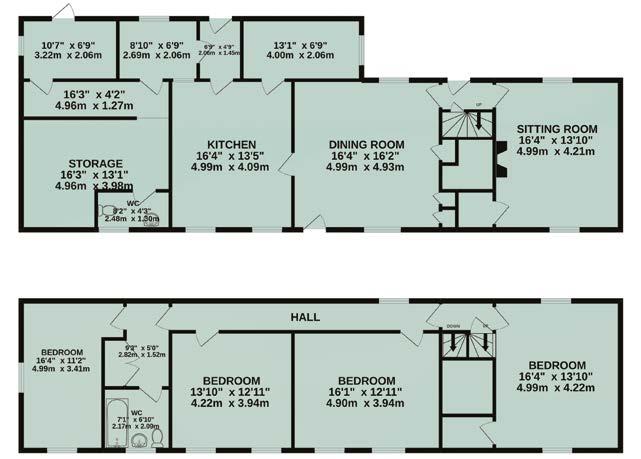 A truly unspoilt residential farm in the attractive Waveney Valley

Vale Farmhouse and buildings are offered as Lot 1 of a larger sale of a whole farm. They are situated at the eastern end of the farm in a secluded position adjacent a tributary of the River Waveney. The farmstead is approached from Trunch Hill over a hard track that crosses the stream via a ford; a separate pedestrian access is also provided over a footbridge.

The seventeenth century farmhouse is Grade II Listed and is constructed of a timber frame encased in red brick under a pantile roof. The farmhouse has not been lived in for many years and requires a complete programme of renovation. The house has an abundance of period features with exposed beams and pamment floors.

There is scope to remodel the existing accommodation, subject to planning. The current layout is as set out on the floorplan and includes two reception rooms and a kitchen on the ground floor. The first floor currently accommodates four bedrooms and a bathroom. There are also attic rooms on the second floor which could be incorporated into any renovation plans, subject to planning.

FARM BUILDINGS
The farm buildings are located to the west of the farmhouse.

The main barn range which incorporates the store constructed of a timber frame under a pantile roof which opens out from the west elevation into a courtyard via timber double doors. Adjoining the main barn on the east and west elevations are brick built ranges providing loose boxes and livestock pens.

To the west of the main barn is the cart shed, constructed of a timber frame on a dwarf brick wall under a pantile roof. This cart shed has five open bays.

To the south of the main barn is a small enclosed store constructed of red brick under a pantile roof. This building previously formed part of a larger cart shed, the majority of which has been removed although some of the walls of the previous structure remain.

FARM LAND
The 9.74 hectares (24.06 acres) lotted with the farmhouse and buildings includes a combination of land that has been in arable production as well as permanent pasture and areas of woodland.

The land has significant wildlife and amenity value given the way in which it has been managed and the purchaser could look to enter the land into an environmental scheme to further develop this.

The postcode of Vale Farm is IP20 0AE.

TENURE AND POSSESSION
The property is offered for sale freehold with vacant possession on completion.

METHOD OF SALE
The property is offered for sale by Private Treaty. 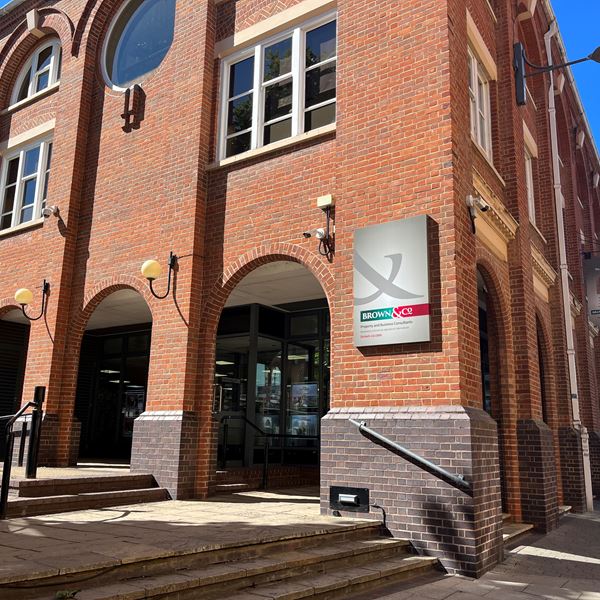 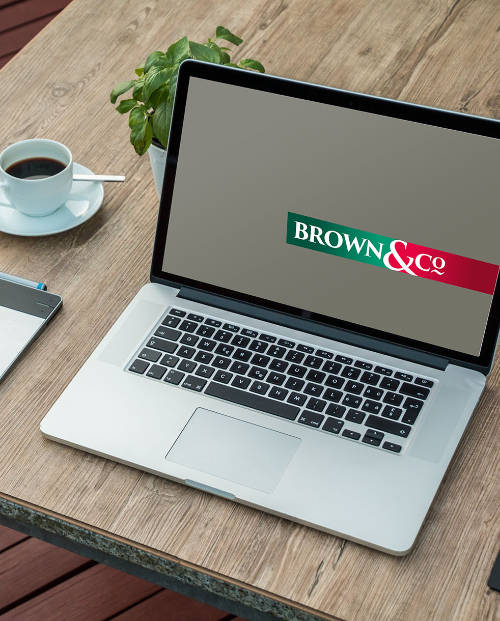 Find out about the latest properties?