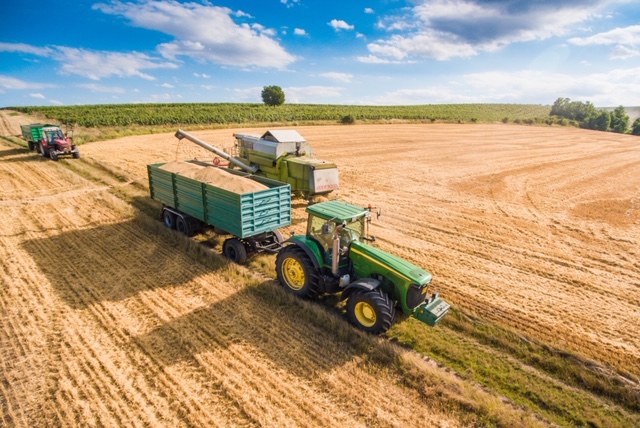 As one of the largest and most experienced land market teams in Central and Eastern Europe, Brown&Co are organising a four day investment tour in order to provide a small number of potential investors with some background and practical investment experience relating to Agri-business and land investments in Romania.

As one of the lowest valued land markets in Europe, and yet still within the European Union, Romania offers a unique investment opportunity. Brown&Co has considerable experience in Romania and across the region and the tour seeks to demonstrate first-hand what can be achieved, the challenges and opportunities.

Visiting three large scale farming business’, the tour will begin in the north east corner, and then track down the eastern side of the country prior to flying out of Bucharest.  This will provide an insight into the variety of agriculture, how it has developed and what the current market has to offer.

About Brown&Co
Brown&Co, a leading provider of farmland investment services worldwide, opened its office in Romania in 2016 building on 17 years of experience in the Polish and broader Central European and CIS markets.

The office is run by country director Steve Ford-McNicol, who has been farming his own 1,600ha farm in Romania for the past 15 years and has extensive farming and commercial experience in the UK, Canada and New Zealand.

About Romania
Since joining the EU in 2007 Romania is emerging as a growing economy for investors seeking to deploy capital in the Ag sector. There is no restriction on foreign ownership of land in Romania and foreign investors are entitled to establish foreign-owned companies in which they can acquire land.

By land mass, Romania is the ninth largest country in the European Union, and covers 238,391 square kilometres, of which approximately 60% is assessed to be agricultural. With its fertile soils and favourable climate investor interest in Romania has grown rapidly. The dark peaty top soil known as “Chernozem” covers 60% of Romanian farmland and is well known for being extremely fertile and capable of supporting a variety of agricultural crops, from typical cereal production including maize to high value vegetables and vineyards.

Romania’s coastline connecting it directly to the Black Sea operates as a major export hub. The river Danube, Europe’s second largest waterway, forms the majority of Romania’s southern border and empties into the Black Sea via the Danube Basin in the east of Romania. The Danube is a navigable waterway from Western Europe through to the port of Constanta; the largest port on the Black Sea. The numerous grain handling facilities along the Romanian length of the Danube provides the large scale infrastructure required to create strong export opportunities.

Land price drivers
Brown&Co see a number of parallels with how Poland’s land market has developed over the last 20 years. Production techniques were years behind developed markets, commodity prices were appalling and infrastructure poor. There was no money to be made and the risk premium for foreign investors coming in was high, keeping a lid on land values.

In the example of Poland - slowly but surely management practices developed and access to better seed varieties and modern agrochemistry improved. Productivity grew on the back of this, the banking sector started to develop, providing limited access to capital which helped in the overall development of the sector and in particular improve returns and profitability. This created an upward spiral, which was further fuelled as the perceived investment risk associated lessened as the country became an established member of the EU. Investment conditions were created that ultimately attracted very significant foreign direct investment.

Romania is in a similar position as Poland was 15 years ago. In that time, farmland prices in Poland have risen from c. €1,500/ha to €12-15,000/ha. Subject to political stability, which EU membership is now largely providing, there is every chance Romania, a big agricultural country in its own right, will follow the same trajectory. On top of this there is the opportunity to realise  strong operating returns from well managed agri-business’.