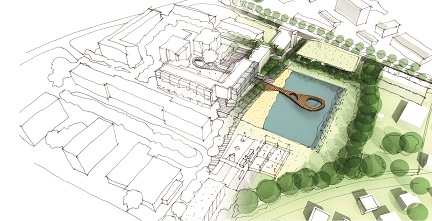 Local Authorities are beginning to be more flexible in their approach to affordable housing.  The Government are trying to push through Policy for the provision of starter-homes, houses that must be sold to first time buyers at 20% below their open market value. If starter-home obligations can form part of an affordable housing package within a Section 106 Agreement this will increase the value of the site.  The market is also beginning to see other variations on this theme, such as the provision of assisted living dwellings or care homes, which with some Authorities have also been accepted as part of the affordable obligation.

A number of Local Authorities continue to go through the renewal of their Core Strategy with regard to further allocations of land for residential development.  Many Authorities over the last 10 years or so have concentrated large areas of residential development generally known as Sustainable Urban Extensions (SUE), where the vast majority of their housing number allocations have been identified on a small number of large growth areas around major settlements. Because of the size and complexity of such large scale schemes many have run into delivery problems and their expected timescale for development has been far longer than originally anticipated.  This has resulted in a reduction in the 5 year land supply obligations and a failure to deliver the number of houses that was originally anticipated.

As a consequence, many Local Authorities are now looking for their future allocations to be significantly smaller and on the edge of a number of their lesser settlements right down to village size.  The hope being that smaller schemes will be easier and quicker to deliver and would also be of interest to a far wider section of the house building market than is of interest to the SUE’s, which only the large PLC house builders can undertake to develop.  Perhaps for the first time in a number of years this will allow opportunities for housing development to be granted in smaller settlements than have been acceptable in planning terms in the recent past.

The Cameron Government brought in Local Neighbourhood Plans as part of their democratisation of the planning system.  Now a significant number of villages and smaller settlements are going through the process of producing a Neighbourhood Plan which, amongst other things, decides upon the allocations and growth plans for their area.  In essence, to a large degree it takes away the housing allocation process from the Local Authority and puts it into the hands of local people.  The Neighbourhood Plan must be in line with Local Planning Authority policies, and has its own process to go through to become an allocated document.  It is worth knowing as when the creation of a Neighbourhood Plan is underway, if you have land surrounding settlements, there may be opportunities to have your land allocated via this route.

The Government have for a number of years quite deliberately loosened the planning system and pushed Planning Authorities to allocate and consent more land than they have hitherto achieved in the past.  The benefit of this is that we are now in a planning environment that is the most benign system that we have had for many years and has allowed sites to gain consent that historically would never have stood a chance.  However, a consequence of this benign planning environment is that supply and demand is now becoming increasingly out of kilter with more sites with consent than there is demand for them from house builders.  This has resulted in some sites being slow to sell and/or housebuilders requesting concessions such as deferred payments, a practice that used only to prevail on substantial sites, but which is now becoming increasingly common on more moderately sized schemes.